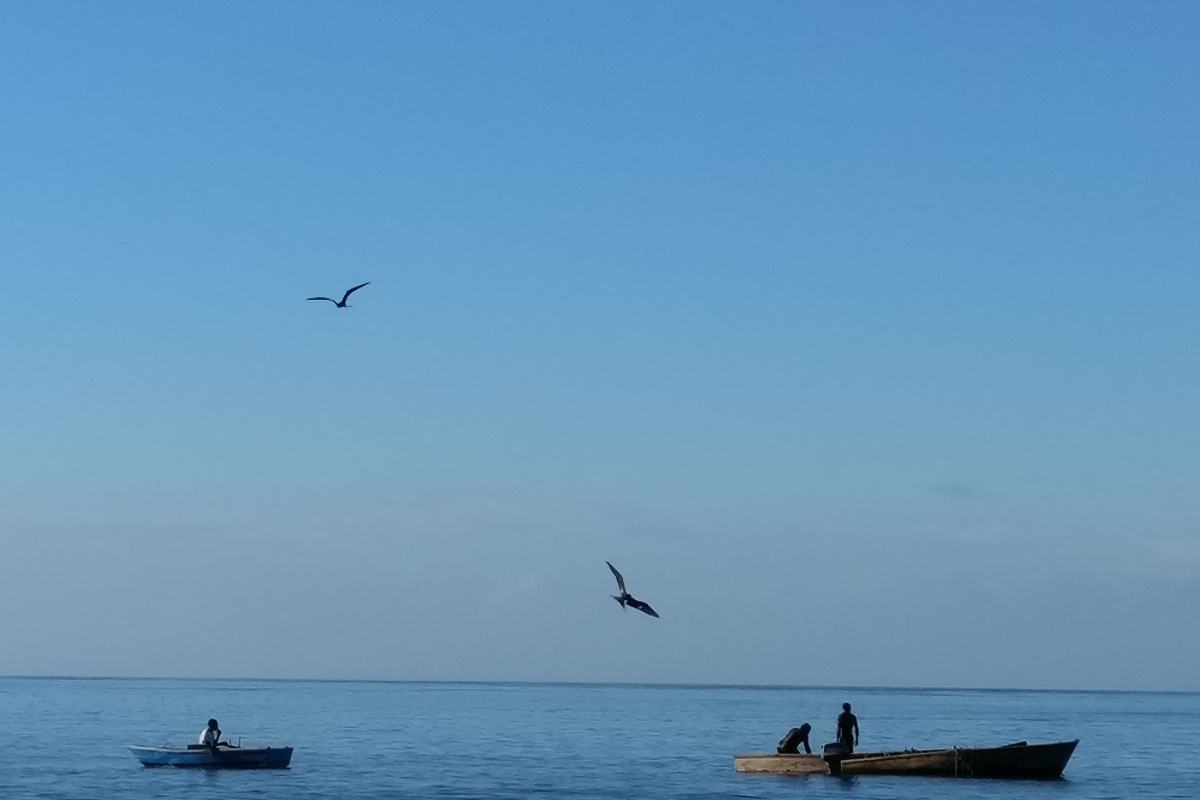 After further discussions with the fam, my blogs have been victimised. “Too long” they protest. Unfortunately I had already written this but from hereafter short and sweet will be applied!

Some great news – Jess, Rachael and I are moving onto Fruit Salid 3 for the foreseeable future!! Wahooooo!! Although I was very excited I also felt a bit apprehensive after the last experience. Pre Lady Biz I was not worried about planting myself in a confined space with strangers. Post Lady Biz I am extremely aware and conscious that it can easily turn sour. Thankfully my faith has been restored, at this point in time, I am having a brilliant time on Fruit Salid 3 and here’s why…

First day and straight off we hoisted the sails and were flying along to the Pitons. Plus I got to helm!! A weird thing happens very rarely to me… When I’m overwhelmed with positive emotion I can feel it bubbling in me and I get goose bumps. Usually when listening to live music or once in a blue moon on a hockey pitch when I do something magical and now on FS3 whilst helming. I stood there viewing each person: Mark and Kerstine on the bow chatting, Suzanne at midship on her gopro, Jess and Rachael asleep on top deck benches, Joe below deck fixing some elastic to stop the door banging and Paul laying on the sofa on his laptop. Not sure why it happened but the bumps came up and I soaked up the moment gleefully.

First night: Party on Somnium. Mark just popped back to FS3 to turn the engine on to charge the batteries… He decided to open all the hatches because it smelt below (maybe because Jess put her wet dog clothes out to dry inside). Then he came back to Somnium and it hit. Storm and I mean storm!! 40 knot wind. Thunder and lightning. Before you can say jacknife, we were all huddled below deck soaked waited for the storm to blow by… It didn’t! In the end Mark had to go back and close the hatches. He then taxied us in the tender 2 by 2 back to FS3 in the pouring rain with the wind howling. You could barely see your hand in front of your face. We were drenched but I felt safe. Mark took control of the situation and stayed as cool as a cucumber. This reaction gave me confidence in him – solid and not easily fazed.

We waved goodbye to Saint Lucia and headed north to Dominica via Martinique. Total distance = 85nm.

Amazing sailing on route, strong winds and very wavey! Squall after squall hit – it was a wet day to Martinique. We dropped our anchor next to Pearl Rock on the west coast of the island. During the evening the winds picked up and rain fell, otherwise known as blowing a hoolie! Mark’s parting words before bed – “If we hit the rocks, turn the engine on and lift the anchor”. It was an extremely restless night for the FS3 crew, I was up and down like a yo-yo!

Morning came and I heaved a sigh of relief. We brought up the anchor and found a huge fishing net attached to it. Probably what prevented us from hitting the rocks!

Suzie and I dived in and after an hour of currents, cutting, and salty mouths we managed to cut ourselves free. Mark and his mermaids! What a morning, all before 0830.

I felt a great sense of adventure after the last 24 hours events.

We arrived in the capital, Roseau, on the SW of the island. Marcus, the buoy keeper, set us up. Every time we rowed to and from the boat we sang 3 Little Birds. One evening we heard a distant echo and Marcus was on the jetty singing along! Cracked me up.

14.12.16: First coconut!! Attacked by Mark with the screwdriver, worked a treat! Followed by incredible snorkelling at the champagne bubbles.

Portsmouth is much more chilled than Roseau. One evening we went to a local bar which was out of this world. It had maybe 5 guys in it who were either completely off their rockers or under the influence. A 70+ guy took to the keyboard and attempted to sing. Bless him it was terrible! It was so bad that we had to sing to drown him out! We drank some straight rum which tasted like paint stripper and followed it up with a rendition of Red Red Wine and Who Shot the Sheriff. It was a nightmare! Suzie and I took to the ‘stage’ but it became apparent very quickly that we only knew the chorus… they loved it anyway!

Rain or shine, we have a good time!

18.12.16: We waved goodbye to Suzie as we sailed on to Montserrat. Getting the hang of this helming malarkey, I got the boat PB = 15.4 knots!!! Big wind. Choppy waves. Dolphins. Squall. Lost cap to the sea, great.

Swirling overhead in the distance were hundreds of birds. We changed course and headed straight towards them, fishing line at the ready! We caught one!! Madness on board. Heady in. Point down. Reel it in. Get the gloves, hook and gin out. Mark stepped forward to hook it off the line… “f*ck” “f*cking thing!” We lost the tuna.

Darkness fell and a flying fish hit Mark on the hand. I saved his life, the flying fish that is. Although in hindsight I wish I’d kept and eaten it for breakfast! After squalls all day, we arrived at Potato Hill, Montserrat, at 2115. The great hunt for a safe anchorage began. Surprisingly it was pretty difficult in the pitch black. Jess and I were on the bow with the head torch on rock and fishing net watch – this turned into boat spotting in what felt like a boat graveyard. We were surrounded! Heavy rain. Looping coupled with top communication, then… “Drop the rock” Mark shouted. Thai green curry, delicious! 80nm complete.

So I chose Potato Bay, St Kitts, off the chart back at Dominica because it has a fun name with the hope of a secluded beauty spot. On arrival… “Look there’s a cruise ship at Potato Bay” Mark splurted out between laughter. I looked and yes – a huge ‘city’ with sky scrapers and a bloody cruise ship, typical. What are the chances!? Thankfully Mark found a tiny anchorage, we nicknamed Potato Beach. It was perfect. Potato take 3. Had a slight incident… The boat hook accidentally ended up over board whilst catching the mooring buoy. “Is anyone gonna get that?” Silence. SPLASHHHH! Over he went, I couldn’t hold in my roar of laughter as he swam back with his trophy. My gosh it was funny.

We played cards. This brought back wonderful memories sat around the fire at Granny and Granddad’s playing Whist and Gin Rummie – which I must admit I have called Jim Rummie my whole life until I looked up how to spell it for this.

To finish off, a short story to warm the heart. When at the airbnb in Gros Islet, Saint Lucia, we wanted to use the stove but we had no means of lighting it. I popped over the road to a plump little old wrinkly lady sat outside her house. She lent me a lighter. With the stove lit I returned the lighter but she insisted I take a box of matches saying they may come in handy. I walked back with happy insides. On our first night on FS3 when the storm hit, everything onboard got soaked (because the hatches were open). The next morning the tea and coffee round proved rather tricky with soggy matches. Low and behold I had just the thing.