After a brilliant 1.5 years in Australia, the time had come to finish circumnavigating the world… this time, by bicycle.

After a little persuasion, my cycle bud Christina was on board and we had set our starting point, Singapore.

I nipped home just in time to be top aunty for the delivery of Margo (literally, she fell out my sister and nearly landed on the dining room floor) and collect Maurice.

We loaded up Maurice and Bluebird and all systems were go… 5th April 2019.

We had 4 cracking days in Singapore with Tim the tour guide, Christina’s friend from home. He showed us all Singapore had to offer… an incredible selection of edible goods, an extreme amount of alcoholic beverages and more gay men than I had met in my entire life. It was a wonderful whirlwind. 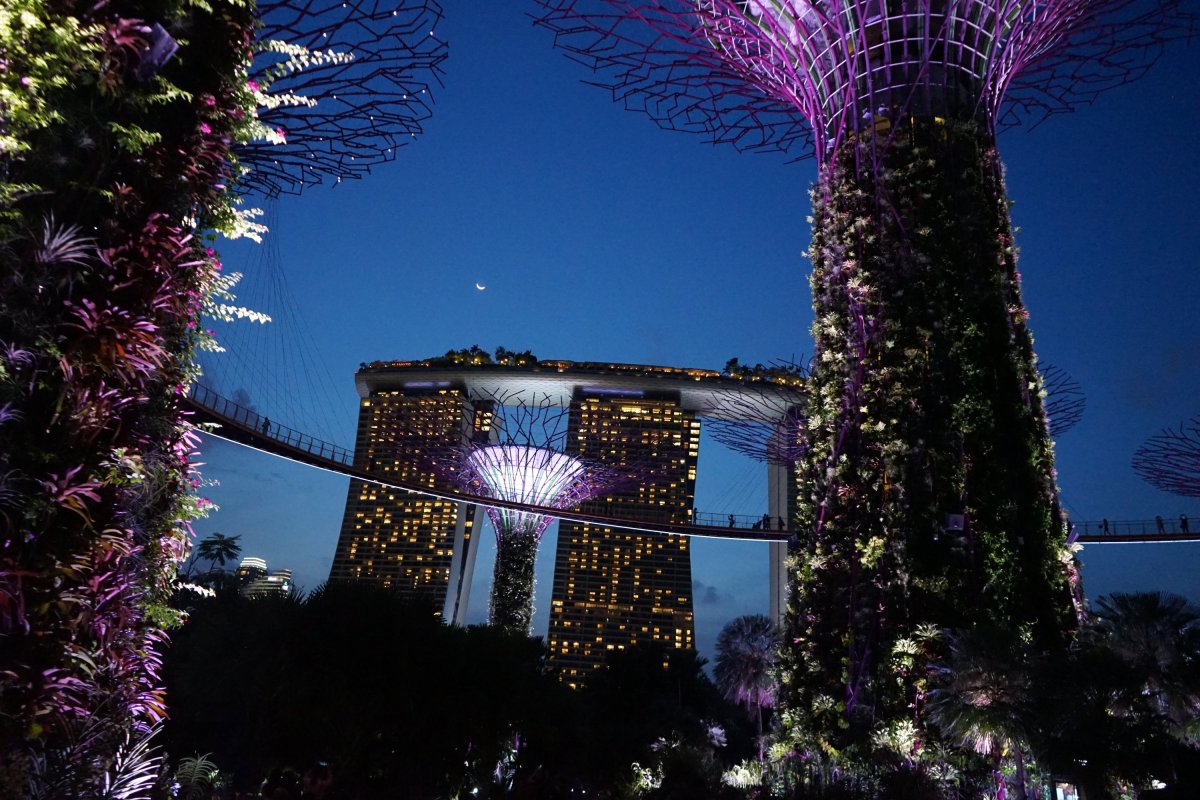 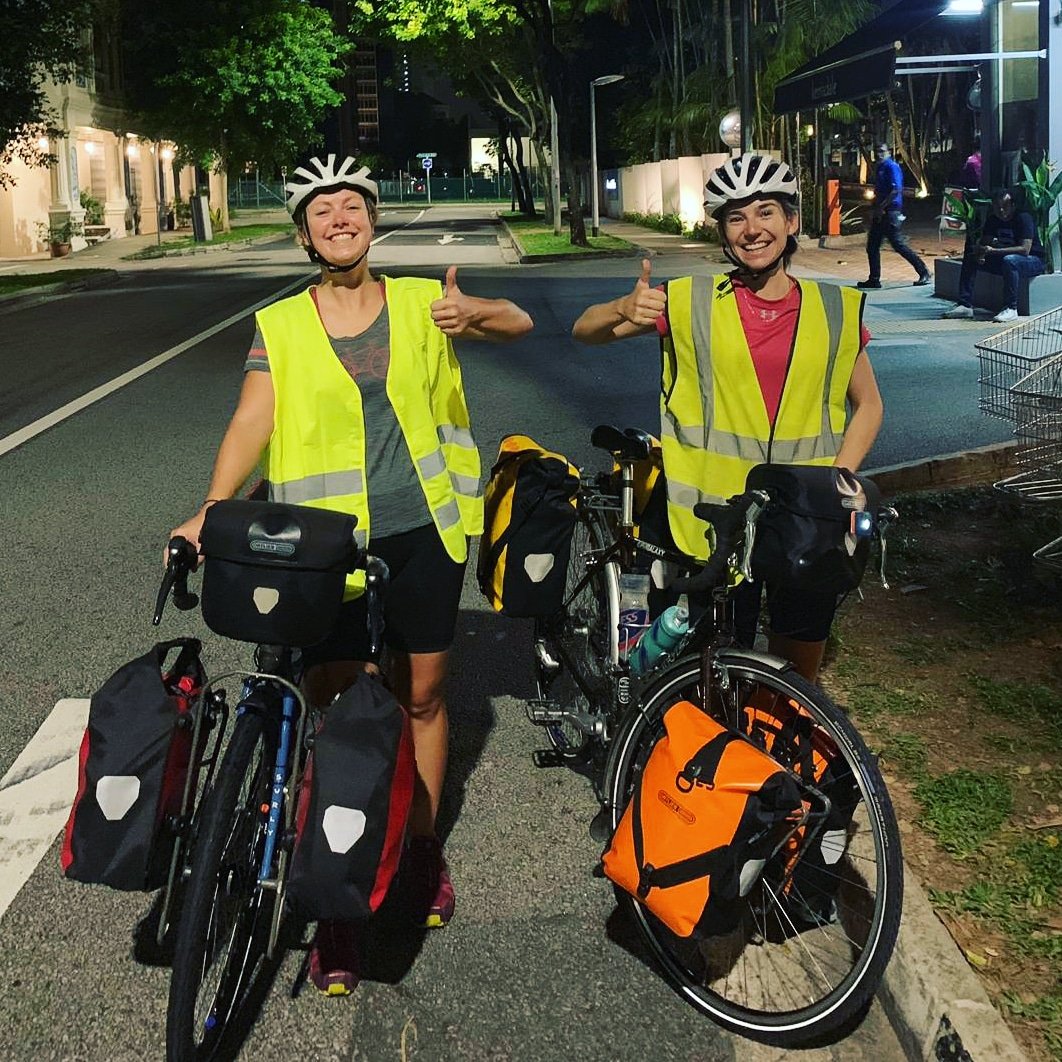 Then we put pedal to metal!

It was only a 30km cycle to the reach the ferry, detox here we come…

Where to start…
We’ve met some really special souls. Since stepping foot in Malaysia, we’ve had non stop waving, thumbs up, beeps and big smiles. Southern Malaysia was mainly palm plantations, small fishing villages, quiet roads and extremely excited Malaysians to see us. As we cycled north, it became busier on the roads with larger towns, but still the people shocked us with their kindness. 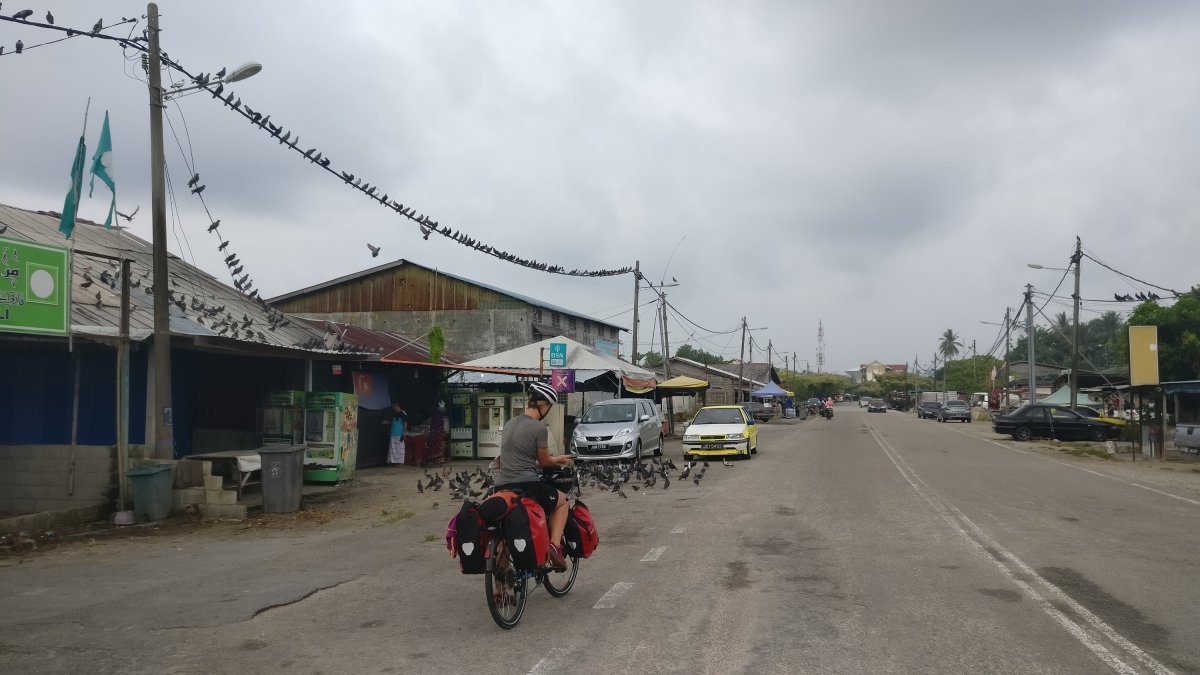 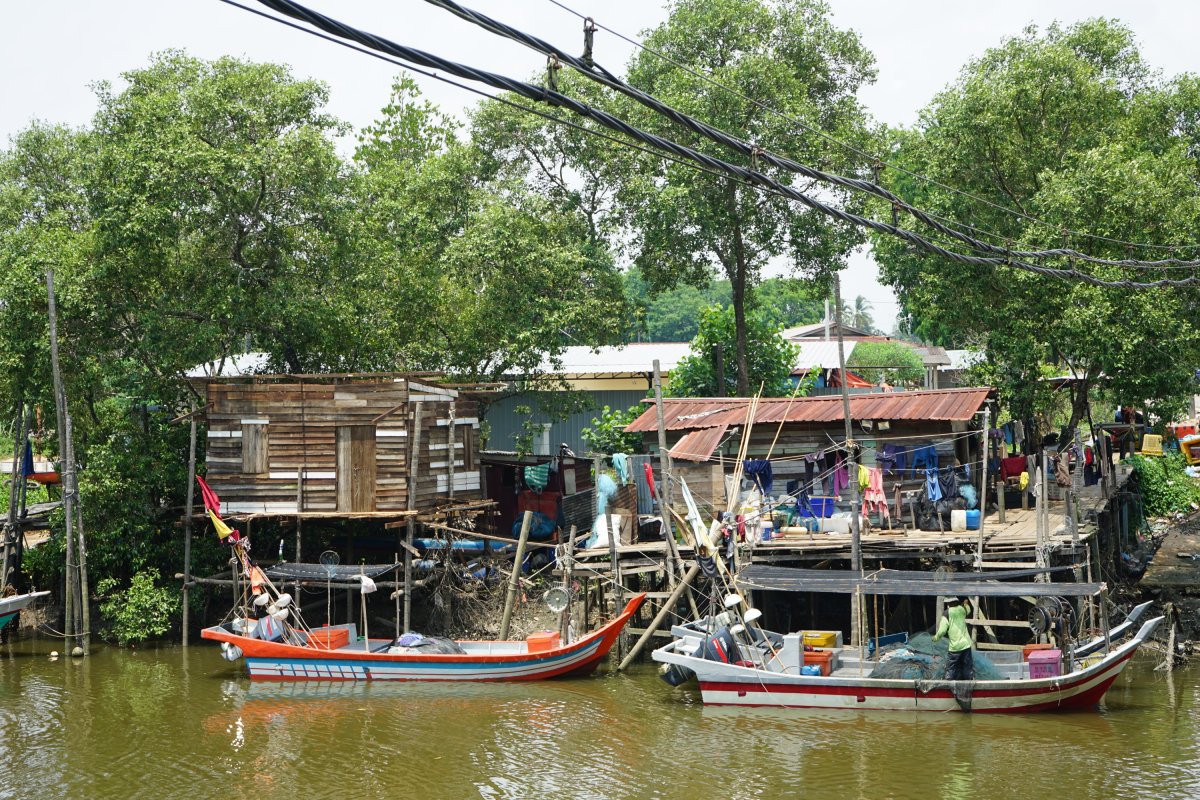 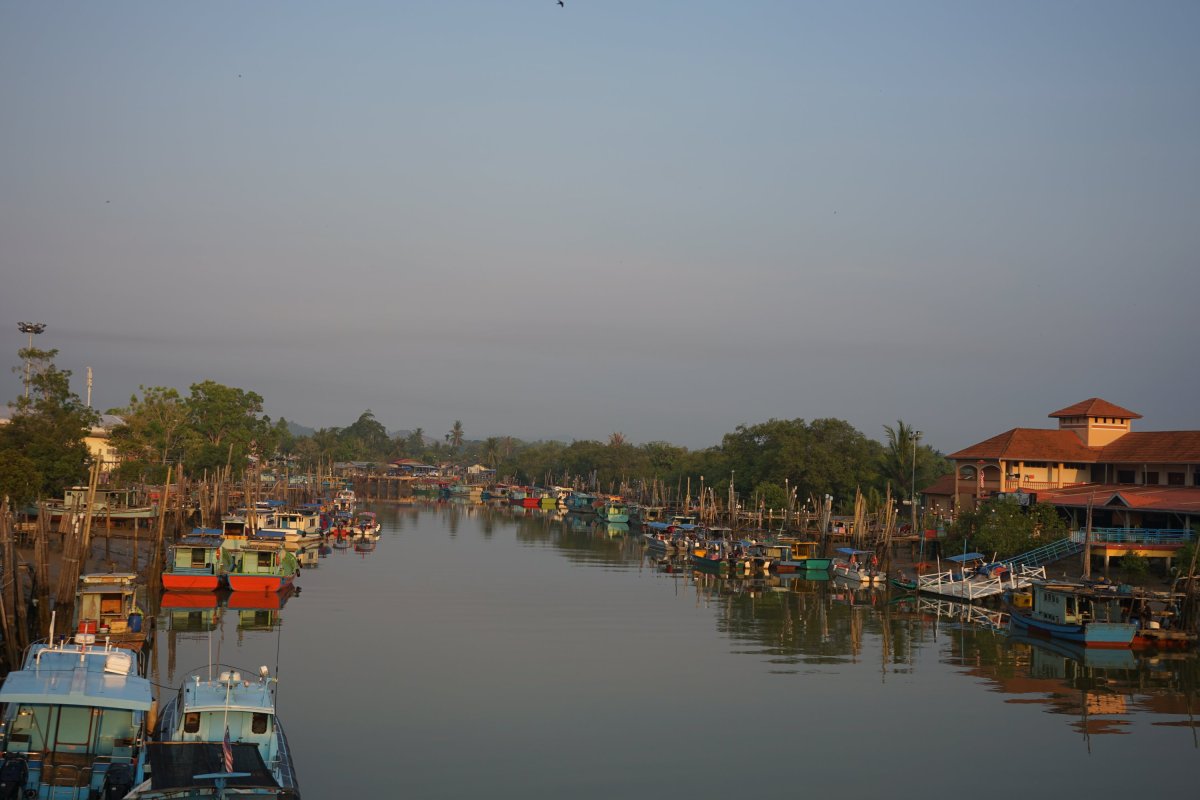 Night two, after a VERY VERY hot first night… we didn’t take the outer of the tent off because we were scared. We were once again in search of a camp. We made our way to the beach at Kampong Sri Grading but it wasn’t very clean and we didn’t feel safe. As we walked back along the gravel road I pointed out to Christina how lovely this garden looked with all its pots lined up.

Then I saw a small hand waving out the window… I couldn’t resist and headed towards the front door, two small children and a lady came out. I actioned if we could put up a tent in the garden… Not sure she fully understood (she had no idea what I was talking about), I showed her a photo of the tent. Still confused, she gave the ok signal so we set to work. One after the other, different family members came up to us for a sign language chat. The children were mesmerized. We went for a water bottle shower on the beach then came back to other villagers doing fly bys on their mopeds to get a look at the weirdos with the tent. The family then decided to tell us that pigs and monkeys may come out at night – a perfect bed time story… Let’s just say it wasn’t the most peaceful night. 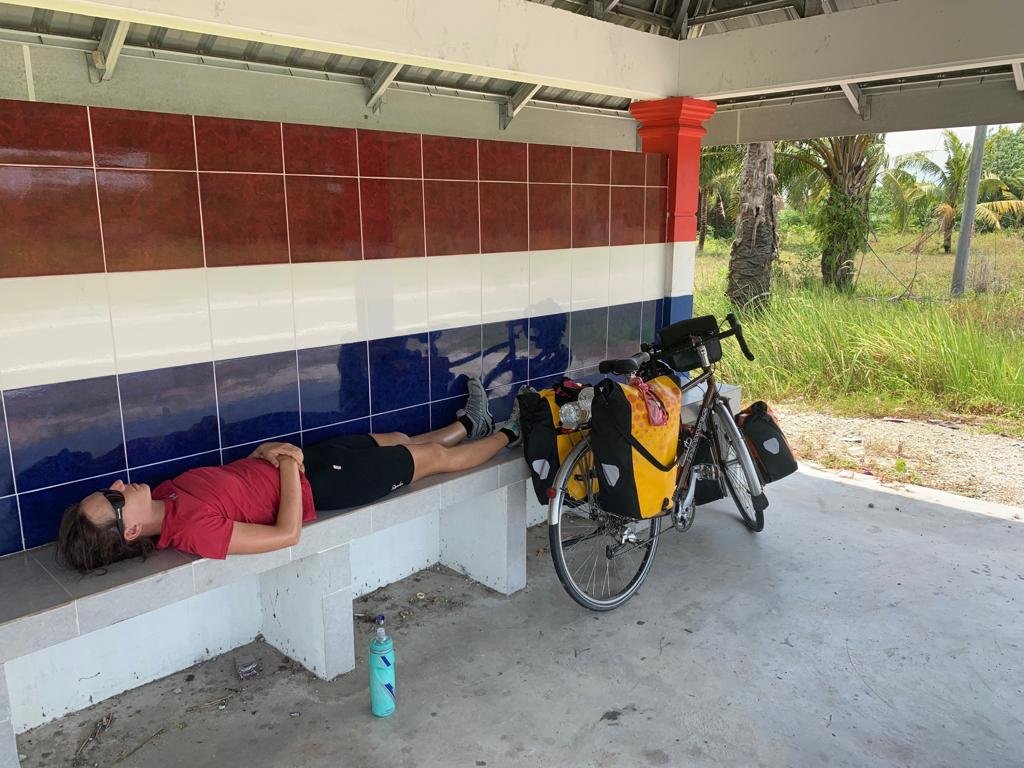 IT IS BOILING. 40°C. Getting up early to get some milage done before we boil over. Having a lot of ice drinks and a lot of food.

It was raining hard and we were debating whether to camp or head the extra 20km to Mersing and a couch surfer… Christina was pretty keen to couch surf so I psyched myself up and off we went. It ended up being a wonderful evening of satay and chatter … They had lots of cats!

Stopped at Rompin for pineapple, ended up having watermelon too. Talented watermelon throwers. No charge.

Blister on the vagina thankfully only lasted a few days, then I only had to contend with the normal bum pain. That I can handle… with a number of Milo Ice stops…

Mind over matter… 115km to reach the best warm showers ever… Euphoric.

After a late start and a complimentary breakfast, we had cycled hard all day and were struggling to find a camp spot we were both happy with. After two hours of looking, we eventually settled on a long stretch of beach right next to a busy road outside Pekan. A group of boys kept doing fly bys and I was slightly unnerved. After 10 minutes, two came over. They turned out to be the sweetest pair, asking the typical questions (how old are you, are you married, are you single) but also ‘what would we do in London at 7pm on a Monday?’ They even helped put up our tent and said we were safe here. I realised I’d been quick to judge but they were just curious, wanted selfies and couldn’t hurt a fly.

I have discovered godlike food – The Roti Canai. All the Malaysian food is delicious help yourself canteen style, fish curries, cabbage, fried chicken, rice, fish crackers but the Roti Canai is a whole new level. We located it at great little place on the side of the road and ended up making friends with the locals, an old man paid our bill, his pleasure. I think because he could see how much we loved it.

It’s so hot, I burnt through my top! The only option was to go full Malay style…

We headed to Dungun beach to locate a camp spot when we saw a guest house garden with a perfect tent spot… out pops the South African neighbours for a chin wag… They ended up making us cheese toasties with watermelon for dinner and invited us for breakfast the next day. Great stuff. 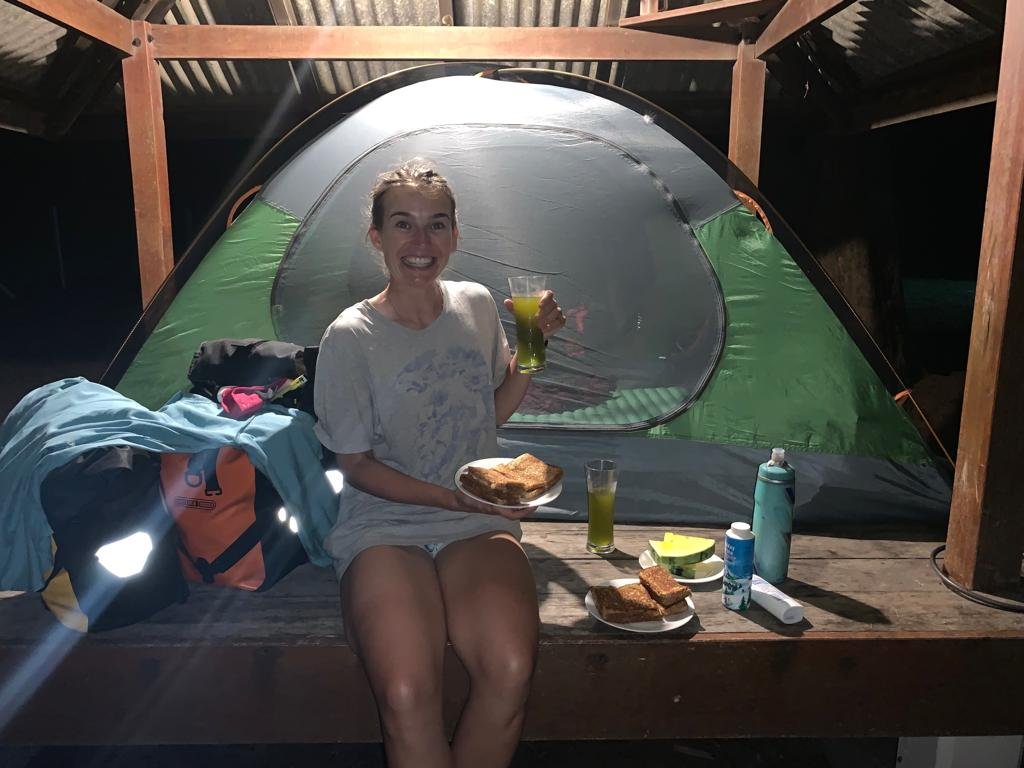 As we reached the Thai boarder it became a little more beachy and busier but it was still happy riding. 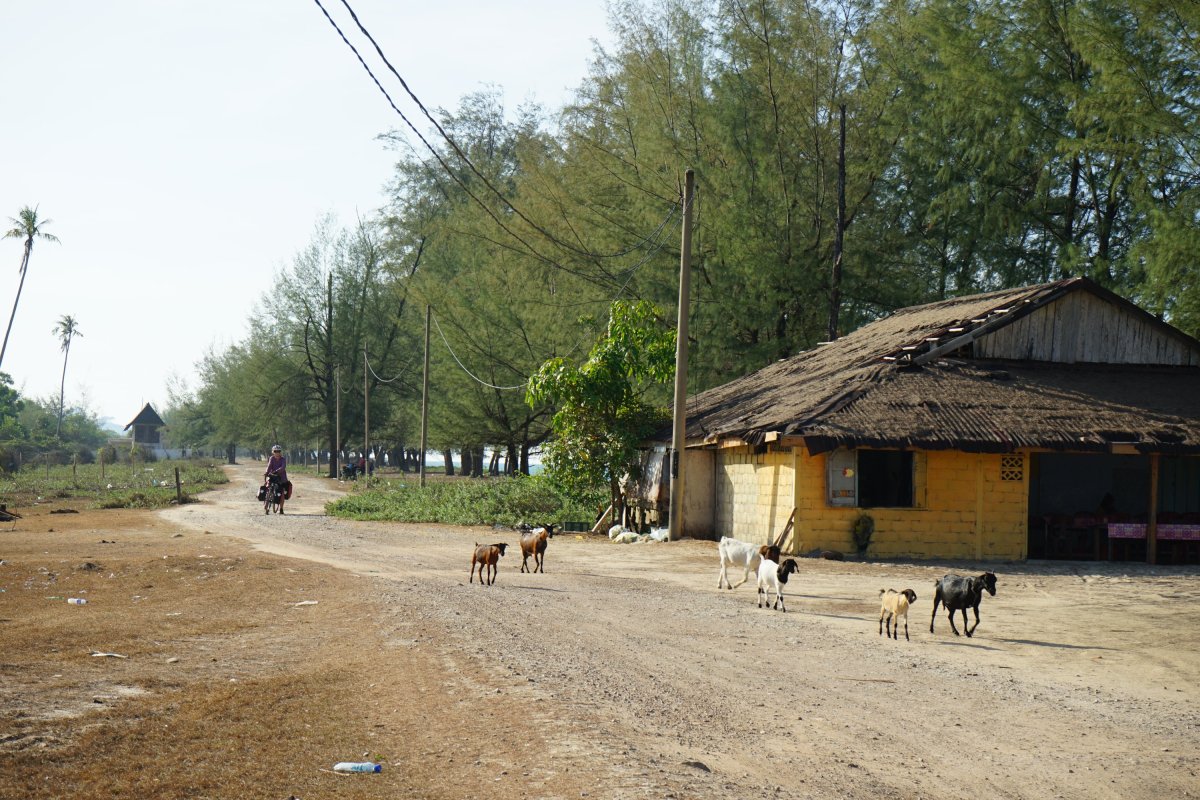 There are too many selfie’s to include (they are obsessed) of all the Malaysians we’ve met, the majority Muslim – who we have stayed with, been fed by and who have treated us so kindly. We could not stop without something heart warming happening. The Call to Prayer became a therapeutic ritual which sent us to sleep and woke us at sunrise, every single day.

Just before we left Malaysia, we met up with Migle, my friend from London, and her boyfriend Pablo who have cycled our route backwards. Was great to catch up, share stories and, of course, introduce them to Roti Canai! 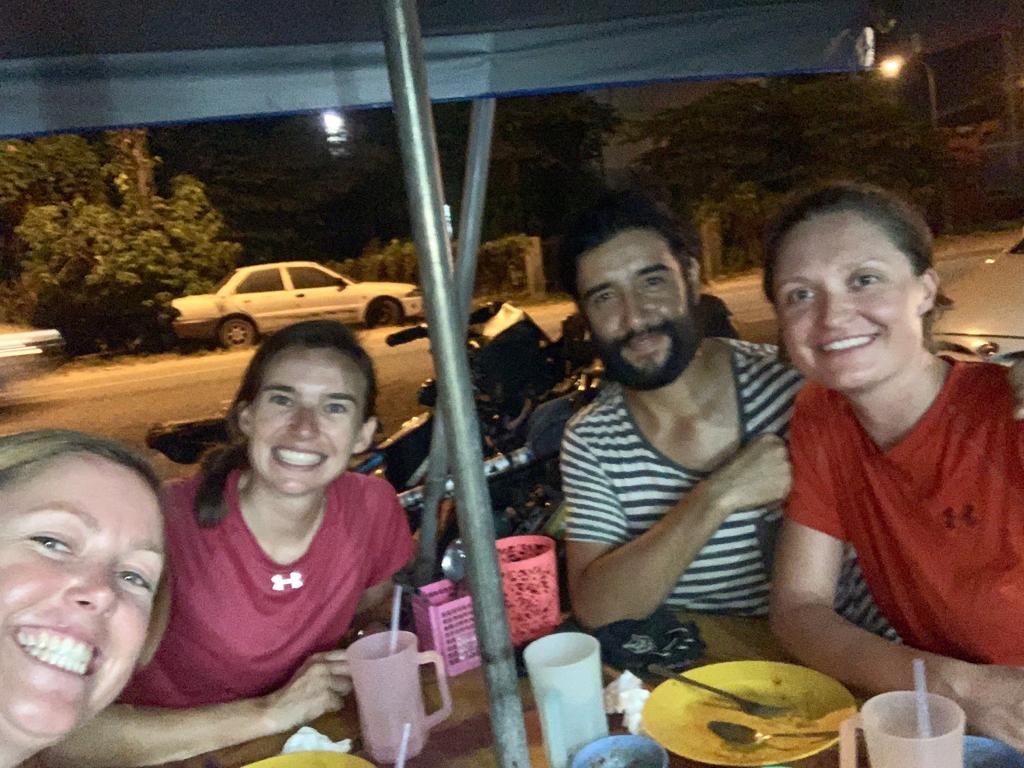 I was sad to leave Malaysia, the people blew me away, the food was delicious (with huge portions) and it was flat as a pancake. Malaysia gets a solid double thumbs up. 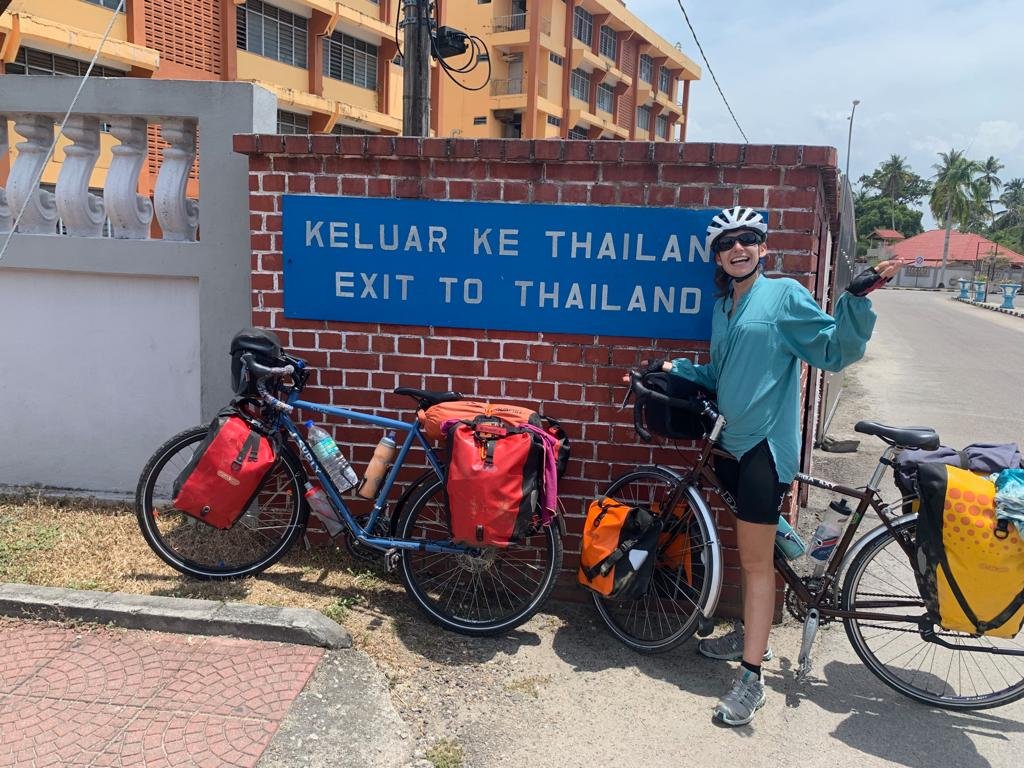 One thought on “Stage 2: The Big Cycle”